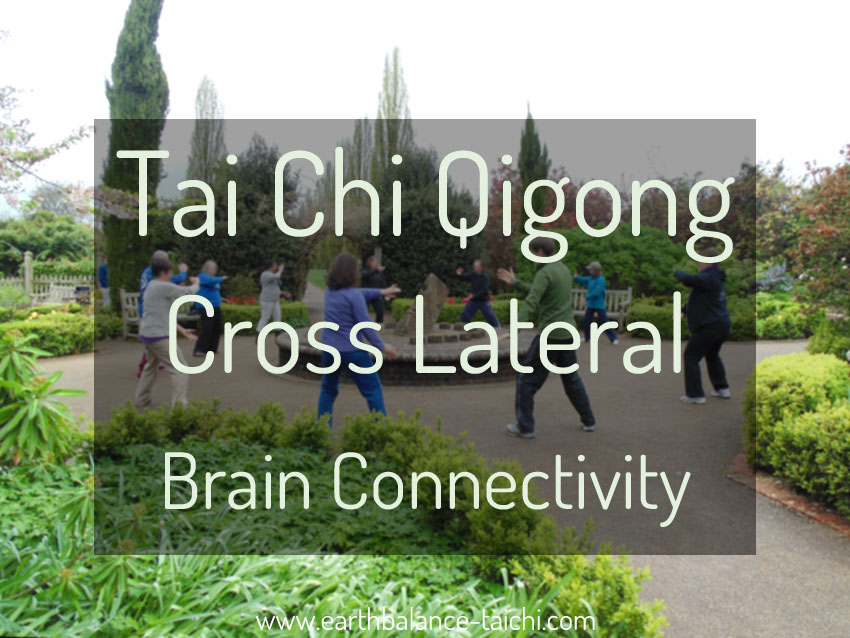 The Power of Natural Movements

For fully functioning physical movements and motor control the whole brain must work in a co-ordinated way. There are 6 patterns of total body connectivity; breathing, core, spine, upper & lower body, body half and cross lateral. This article looks at cross lateral connectivity in Tai Chi and Qigong movements.

When one limb performs a different or asymmetrical movement simultaneously to the other limbs moving differently, this is also a cross lateral movement.

Once a baby has progressed from crawling on their stomachs to crawling with opposing limbs that are synchronised and coordinated e.g. the right arm moves forwards with the left leg, this is cross lateral movement. This is also known as a primal movement. For adults this can be likened to walking, Nordic walking, running, cross trainer exercises etc. Over the years as we grow up and become adults, some of us may develop an unnatural and sedentary lifestyle, resulting in the loss of ability to perform primal movements.

The connections between the two sides of the brain are called neural pathways which electrical impulses flow through. These neural pathways atrophy like muscles when not used. Which means the ability to perform cross lateral movements can fade and disappear over time. It takes time, awareness and effort to re-build atrophied neural pathways, for your physical movements to once again become familiar, relaxed, smooth, graceful and co-ordinated. For optimum brain and physical function it is important to keep the neural pathways firing between both hemispheres.

Cross lateral movements cannot be learnt intellectually, they have to be practised through physical experience. The ability to perform them has to be trained into the body through repetition and a gradual building up of muscle memory. Ideally this is done through focused training sessions and then taken through into habitual movements in daily life.

Cross lateral connectivity also applies to asymmetrical physical movements. These are movements where the limbs are performing different movements at the same time. This could be the legs, or arms, or three limbs, or four limbs simultaneously moving differently in shape, motion and pace to the other. Think of patting your head and rubbing your tummy with your palms or whole body integrated movements like Tai Chi, Qigong, yoga and Pilates which also co-ordinate breath work with the movements.

In your daily life, without awareness you move physically through a routine of postures and movements that have become habit. If you are sedentary or work at a desk all day, your body and posture gets used to that routine and thinks it's normal and healthy. In the short term you are unlikely to notice any ill effects. Over time as the body degrades and the cross lateral connectivity fades in the brain, you may become clumsy, you may think you have two left feet, feel uncoordinated and awkward in your movements. You may develop balance and stability issues, or begin to lack body awareness and body sensitivity to know where you are in space (proprioception). The longer this continues the more likely you are to start stumbling and fall. Cross lateral movements are part of fall prevention strategies to keep the body moving smoothly with awareness. Ask yourself what movements do you do in your daily routine that help foster cross lateral connectivity?

In Taoist and yoga practices, there are breathing techniques that single out breathing through one nostril at a time and alternating inhales and exhales through different nostrils. This can be done by placing a finger over the nose to close one side, or by focusing the mind on one nostril at a time. This helps foster cross lateral connectivity.

These practices integrate the whole body by combining wide ranges of motion, choreographed movements and diaphragmatic breathing. It is common for new beginner students to be overwhelmed with the disconnection in their bodies as they learn the movements and begin to fire up atrophied neural pathways. There are many aspects to become aware of in your practice.

Learning a complex movement practice if not managed effectively by a teacher can be frustrating and confusing for new students. Managing expectations and helping students understand why their bodies cannot instantly move like their teacher is important. Passing on information about body connectivity, body awareness and kinaesthetic sensitivity is important so students can understand their limitations and know how to progress. Breaking movements down into digestible parts is helpful to the learning process, as over time the layers can be combined and built upon. It takes patience, hard work, humbleness, effort, determination, a willingness to learn, and many hours of self led exploration and practice for movements to become smooth, connected and graceful. Tai Chi and Qigong are life long arts.

My examples here are to demonstrate how complex Tai Chi can be, depending on what your goals are. Leaning into the mental and physical challenges you face when training Tai Chi helps develop cross lateral brain connectivity and optimum physical function. Moving slowly and deliberately with whole body awareness trains the ability of whole body connectivity. It's worth every moment of effort. Your brain will love you for it, your neural pathways will rejoice in their smoothness and longevity. 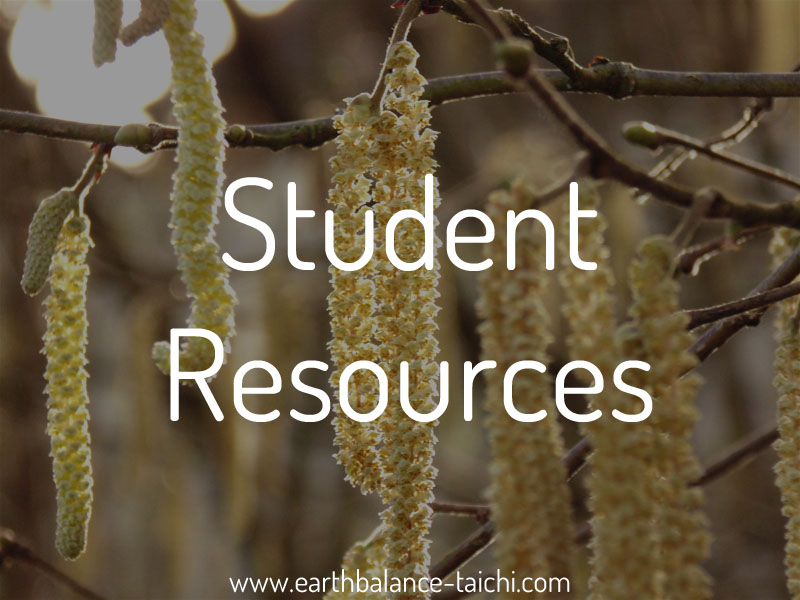 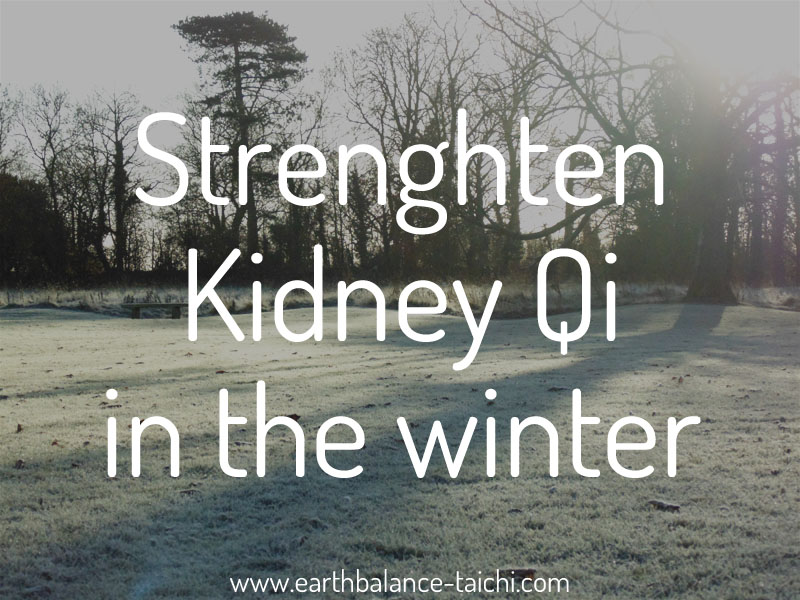 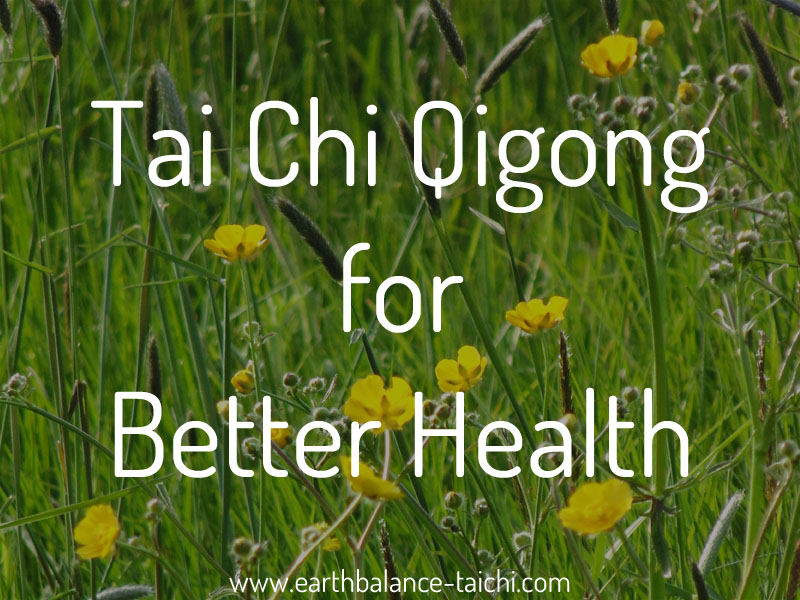 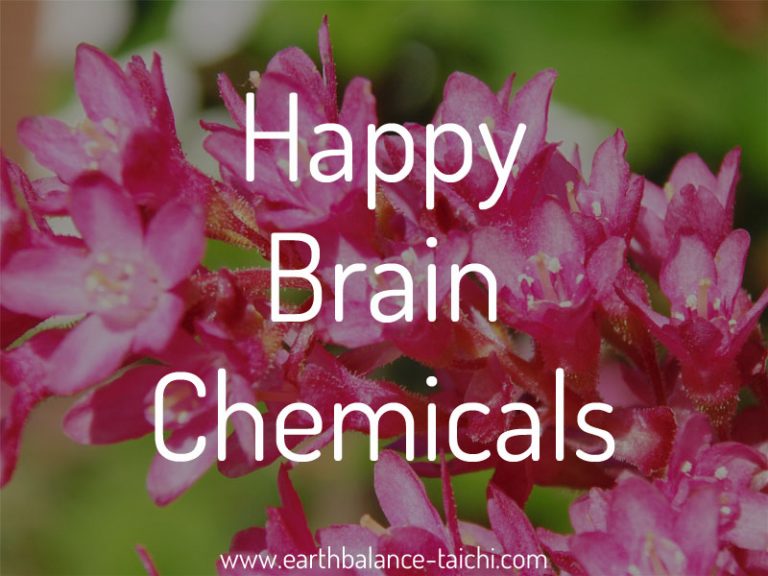 Tai Chi for Serotonin, Dopamine, Endorphins This articles discusses how to hack into and boost your happy brain chemicals to increase your mood, happiness and wellbeing. Serotonin = Good Moods Serotonin is a naturally occurring substance (chemical neurotransmitter) within the human body. It helps to control our mood, emotions, thought patterns, learning and sleep by… 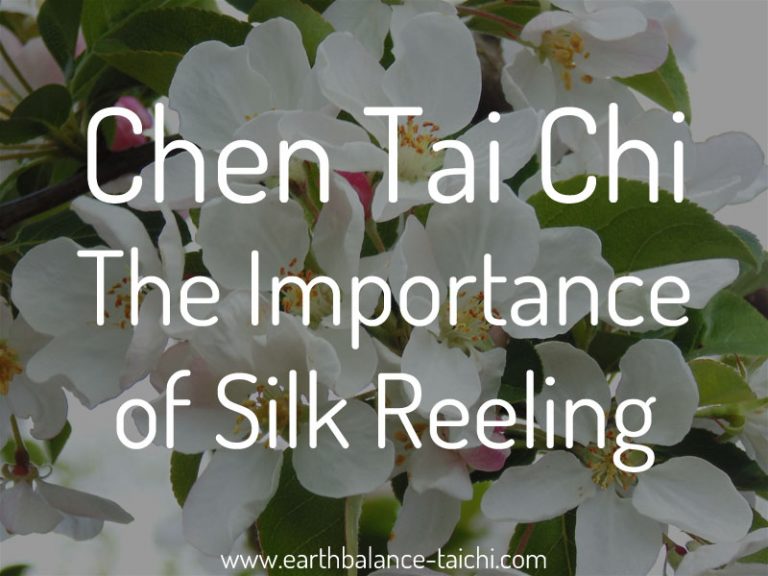 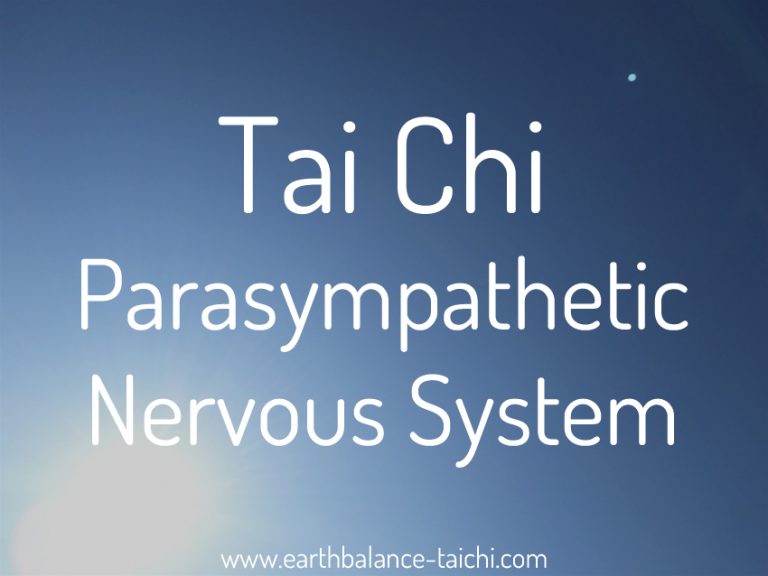 Parasympathetic System and Tai Chi Help activate the relaxation response with deep breathing, slow connected whole body movements and applied relaxation. Stress = activation of the sympathetic nervous system (automatic stress response) This is the bodily state when tissue is being broken down, energy is used and the body systems are working.  An extreme of… 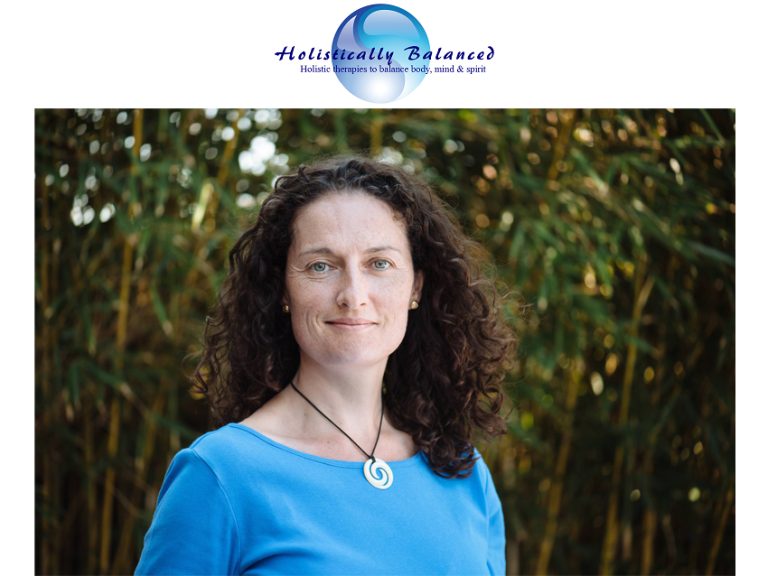 Horsham Holistic Practitioner My name is Angela Abbott. I am a Kinesiologist, Reiki and Touch For Health practitioner. My aim as a holistic practitioner is to help bring my clients back into balance. Offering Kinesiology and Reiki treatments allows me to work with all aspects of the person. I draw upon my knowledge and experience… 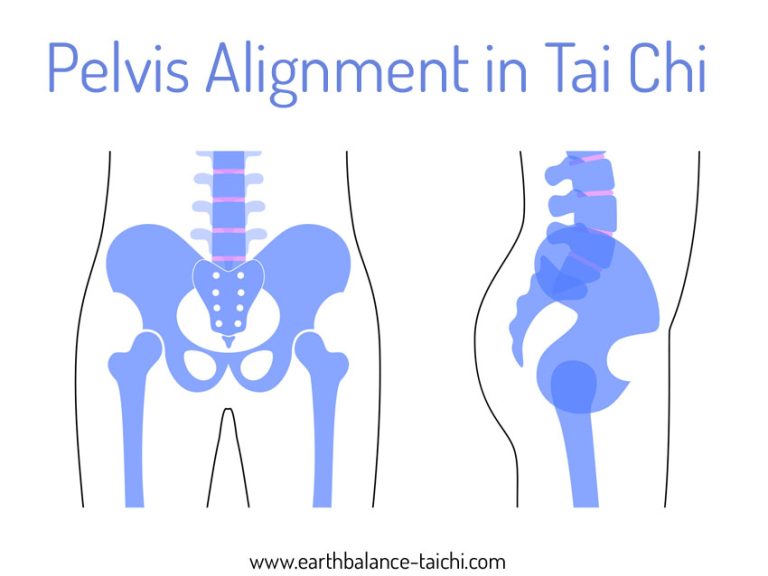 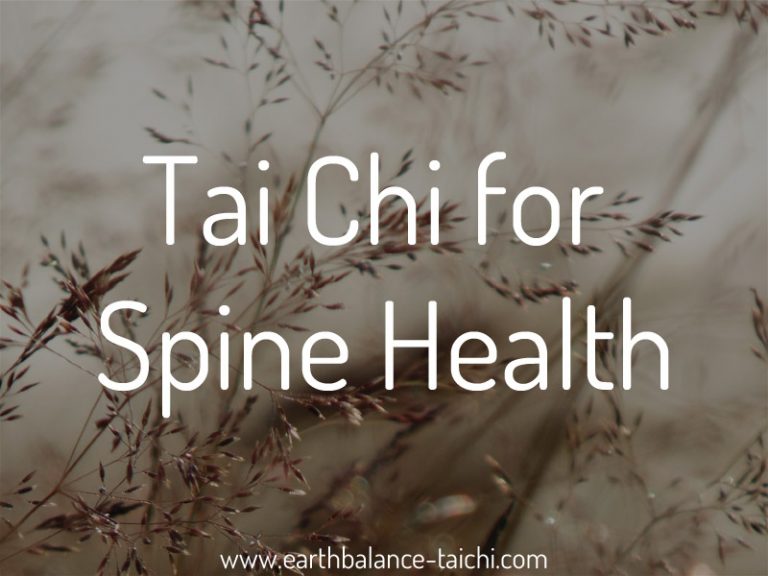 Tai Chi for Spine Health An Unhealthy Spine The spine is key to health. One of my teachers once said that Tai Chi and Qigong all focus on spinal health. We use the phrase ‘structural integrity’ when talking about the Tai Chi and Qigong posture. This means the posture is aligned correctly, to hold your…